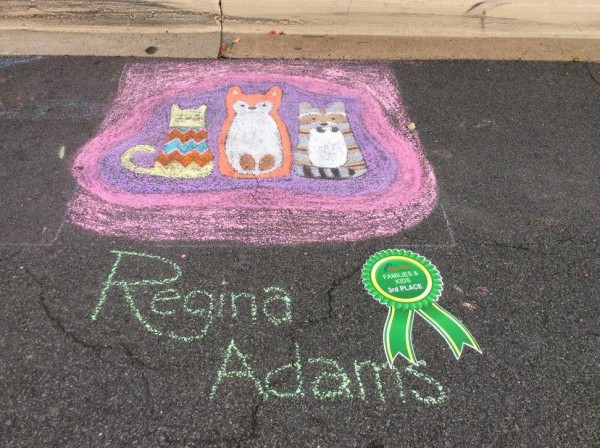 Reston Man Helps Out — After a Maryland man was bilked out of $30,000 from a company that he hired to build him a mobile smoker to start a food truck business, a Reston man stepped up to give him his competition-level smoker that can grill 72 lbs. of meat at once. [NBC4 Washington]

Lines of Business Input — Fairfax County asked for residents’ opinions on top priorities for next years budget. More than 1,000 people responded. Here were some of the top answers. [Fairfax County]

From Herndon to DC Through Art — A Herndon artist’s work “On The Edge Of Eternity,” celebrating the United States, her adopted country, has moved from a temporary installation in downtown Herndon to the garden of the Embassy of Afghanistan in D.C. The work will be on display until November. [Connection]

Photo: A winner at 2016 ChalkFest/Credit: IPAR