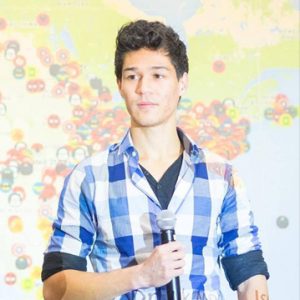 Josh Anton was a South Lakes High School graduate and a University of Virginia student a little over two years ago when he found inspiration at UVAs annual beer-and-booze soaked Block Party.

“A girl I had a huge crush on drunk-dialed me,” said Anton, a Herndon resident who graduated from SLHS in 2009.

That led to Anton to develop an app, Drunk Mode, in 2014. Drunk Mode accesses your contacts upon request to prevent you from using your phone to send regretful calls and texts. 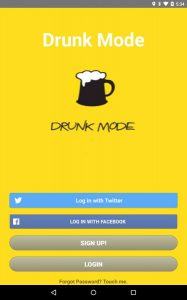 Today, Drunk Mode — the app that” let’s you get crazy and stay safe” — has 1.3 million downloads, a staff of 14 and a recent investor infusion of more than $1 million.

Anton says about 10,000 people downloaded Drunk Mode in its first year. Drunk Mode was a paid product then ($1 per download), so he was able to put money back into the company to add more features.

Those features now include:

Anton says he had an offer from a major tech company to sell the app, but instead decided to focus on it as his career. His capstone project from UVA (he graduated in 2014) was on entrepreneurship and how to get the product to the next level.

Ironically, Anton does not drink. He said the ideas to add more safety features to the app came from his friends and their adventures.

“I had friends who were camping in Garrett County Maryland,” he said. “They walked five miles to bar, crashed a bachelorette party, and ended up getting a ride home from a nice lady. The next morning, they did not remember anything. It was like the movie ‘The Hangover.’ ”

“They said, ‘you should add an feature that shows where you were.’ So I did. Now it is one of our most popular features.”

But Anton knows there are critics who say, “how about just encouraging people to drink responsibly?”