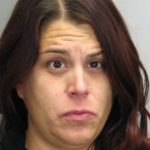 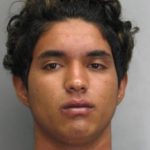 A South Lakes High School Spanish teacher has been suspended from her job by Fairfax County Public Schools after she was arrested on several charges Monday.

Ciammaichella has been charged with two counts of possessing a Schedule 1 or 2 Narcotic, believed to be cocaine and/or LSD, said FCPD Officer Don Gotthardt. She was also charged with possession of marijuana, he said.

Guillen was charged with petty larceny, purchasing alcohol while under 21, possession of marijuana and a misdemeanor failure to appear from a previous charge.

Officers from the Reston District Station were called to the Exxon Station at 11808 Baron Cameron Avenue on Monday about 11 p.m.

Video footage shows a woman distracting a cashier while a male who came in the store with her steals a case of beer and then leaves. The female then left the store and picked the man up outside and drove away.

Soon after, following an investigation, officers went to Ciammaichella’s  home and found her with Guillen, as well as the stolen beer and a variety of illegal narcotics.

Both suspects were transported to the Fairfax County Adult Detention Center.

“This is now an ongoing police investigation, as well as a personnel issue, and I’m not at liberty to discuss this in any detail beyond what [the police statement says],” SLHS Principal Kim Retzer said in a statement to the school community.

Anyone with information about this incident is asked to contact Crime Solvers electronically by visitingwww.fairfaxcrimesolvers.org or text-a-tip by texting “TIP187” plus your message to CRIMES(274637) or by calling 1-866-411-TIPS(8477), or call Fairfax County Police at 703-691-2131.