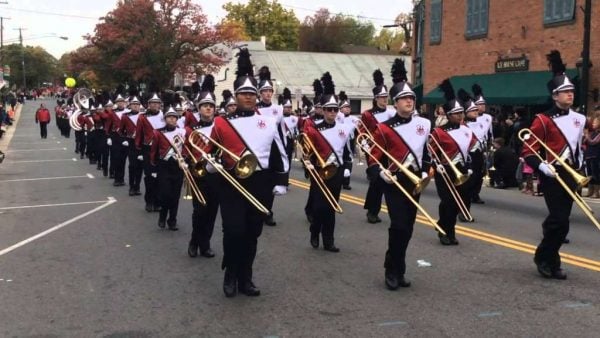 Herndon High marks Homecoming on Saturday with its annual parade through downtown Herndon.

Here is what you need to know, whether you are an alumni or student heading to the event or someone who may need to get down Elden Street while it is happening.

The parade begins at 9:30 a.m. The 2016 theme is “Music through the Decades – the Twenties to Today.” Bring a chair to watch the parade along Elden Street.

The parade route extends along Elden Street from Sterling Road to Lynn Street. Street closings and detours will occur approximately between 6 a.m. – 12 p.m.

All routes will reopen between noon and 1 p.m. as the parade clears.

At 1 p.m., the action moves to Herndon High School, where the Hornets host Centreville for the Homecoming football game.