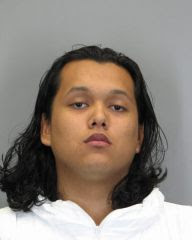 Martinez, 21, has been charged with one count of bank robbery.

A man, believed to be Martinez, entered the bank at 11911 Freedom Dr. shortly after 9 a.m., implied he had a weapon and left with an undisclosed amount of money, police said.

Police set up a perimeter and apprehended Martinez on Sycamore Valley Drive about two hours later.