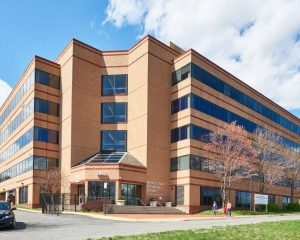 Fairfax County could start seeing more high-rise schools in the school district in the near future thanks to a vote by local officials this week.

The Fairfax County Board of Supervisors on Tuesday approved a comprehensive plan amendment that will allow the Planning Commission’s Schools Committee, the School Board and the school district to work together and consider more creative options for designing schools in busy “activity centers.”

Those areas generally do not have locations suitable to accommodate schools large enough to keep up with their rate of growth, according to a county report. And even if they do, the areas are often too costly for construction, officials said in the report.

“Future schools and education facilities in activity centers will need to be compatible with the higher densities, mix of uses, and pedestrian and transit accessibility found in such areas,” the report says.

So, county planners are literally looking up.

Officials said a move toward more high-rise schools could also allow schools to go inside mixed-use buildings with recreation centers, public libraries and other facilities that are useful for children.

High-rise schools could also mean that elementary, middle and high schools could operate in the same buildings. This arrangment could help the county save money by sharing common facilities, like cafeteria and gyms, officials said.

The idea of a high-rise school is not new to Fairfax County. The county already tested the waters in 2013, when it purchased an existing high-rise office building in Bailey’s Crossroads and retrofitted it into the current Bailey’s Upper Elementary School for the Arts and Sciences, which has served students in grades three through five since September 2014.

Officials will likely see more such proposals in the future as the population continues to grow, with the number of school-aged children growing right along with it.

“There will be greater need for alternative education facilities and transitional schools in the future,” the report says. “In response to changing demographics and instructional needs, buildings designed for commercial uses may be particularly suitable for these types of facilities, as well as have the potential for community use.”