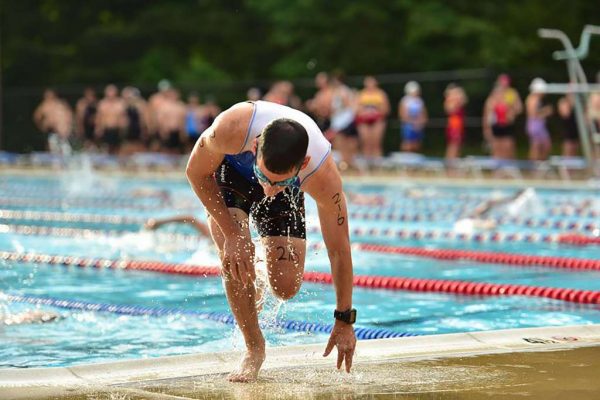 The registration process for the event began at 7:30 p.m. Wednesday. Less than 24 hours later, nearly 1,000 participants had signed up and it was cut off.

The 2017 Reston Sprint Triathlon is now full and registration is closed. Thanks to the 950 athletes that chose… https://t.co/nN4JOPexJf

“Thanks to the 950 athletes that chose our race and whose participation in this race helps those in need,” the full Facebook post continues. “You are making a difference in your life and in the lives of those around you.”

The event, scheduled for Sunday, June 4, benefits Cornerstones. Kerrie Wilson, Cornerstones CEO, said the relationship between her organization and the CORE Foundation, which stages the annual fundraiser, is cherished.

“Truly, 100 percent of the proceeds go to benefit the organization,” Wilson said. “Those kinds of partnerships are very unique and just amazing.”

Wilson said the event has raised about $240,000 for Cornerstones in the past decade.

“Every year it has grown, every year since 2007, as the race itself has grown and so has the sponsorship to be able to support our mission,” she said. “Annually, we can count on the fact that those resources are there so that we can provide stability and hope to the clients we support.”

More than 600 volunteers are also needed for the event. Anyone interested in being a part of the effort is encouraged to sign up at the triathlon’s website.