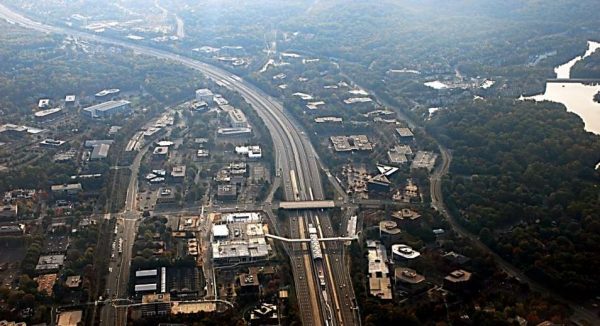 Metro board members continue to probe the public for feedback as they address how to close their budget gap.

In a public forum Wednesday night in Reston, the Virginia members of the Washington Metropolitan Area Transit Authority board discussed their $3.1 billion proposed FY2018 budget.

Board members estimate $17 billion will be needed over next decade “just to maintain a state of good repair,” but also acknowledge that the impact of delays associated with the SafeTrack program are significant.

Proposed capital funding from Fairfax County for the FY2018 Metro budget is $101 million, up $66 million from FY2017. Increased contributions in FY2018 include funds to repay short-term debt projected to be used in FY2017. 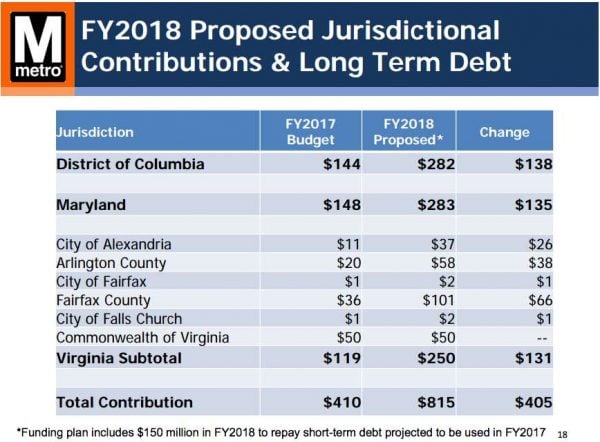 Proposed operational funding from Fairfax County in FY2018 is $138.6 million, a 17 percent increase from the current fiscal year. 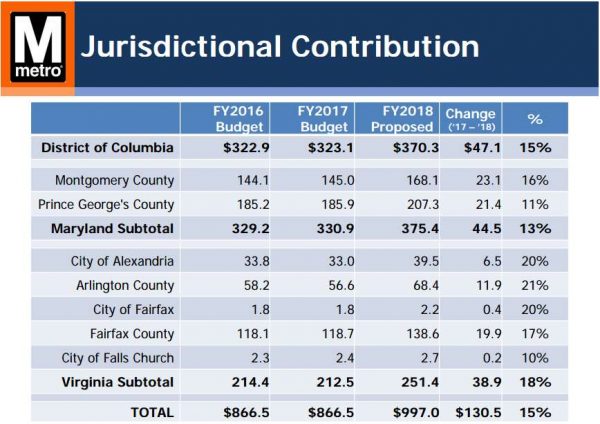 Service frequency would also be adjusted in the following ways:

Metro has planned an open house Monday from 4:30-6:30 p.m. to receive feedback on the budget. In addition, feedback can be provided via an online survey.