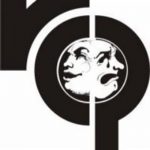 Reston Community Players will have their productions all over the annual Washington Area Theatre Community Honors awards in March.

The troupe’s productions received 23 total nominations for the 2016 season, second-most among the 27 participating theater companies. Only the Little Theatre of Alexandria (26) received more.

Paul Tonden, artistic director, said the Community Players are humbled by and grateful for the recognition.

“We strive to offer our patrons high-quality productions, which would not be possible without so many talented volunteers,” Tonden said. “We consider ourselves lucky to be part of such a vibrant DC Metro-area theater community and congratulate all the nominees.”

The full list of RCP nominations is as follows:

The Community Players are currently presenting “Vanya and Sonia and Masha and Spike” through Feb. 4.

This year’s awards ceremony is scheduled for Sunday, March 5 at The Birchmere in Alexandria.