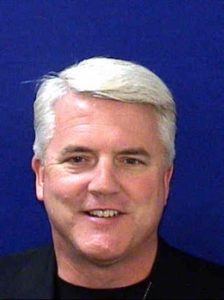 (This story was updated at 12:15 p.m. after more information was released by the Fairfax County Police Department.)

According to FCPD, retired detective Bruce Wiley was awakened at about 3 a.m. Wednesday by “suspicious noises in his house” in the 1700 block of Beaver Circle. From the police release:

“He grabbed a flashlight and a collapsible baton and went to investigate. He found the intruder, who was wearing a full black mask over his face, in the process of stealing items from the home. Wiley pointed the flashlight at the suspect and told him to get on the ground. The suspect did not comply with Wiley’s commands, as he repeated his commands, Wiley closed in on the suspect, struck him once with the baton and took him to the ground. Meanwhile, Wiley’s wife called police.”

Police say Wiley was a detective on the force for 28 years before retiring in 2010.

“During his tour of duty, Wiley responded to every type of call for service imaginable, from a cat stuck in a tree to a murder scene. He dealt with crime victims with sensitivity and compassion, and investigated crimes with tenacity and dogged determination, but he never thought that he would someday be a crime victim himself.”

Another break-in at the home had been reported to have happened last week between 11 p.m. Friday and 7 a.m. Saturday. Small electronic items were stolen in that case, police reported. A Fairfax County Police Department spokesperson said police “have reason to believe the same suspect might be involved.”