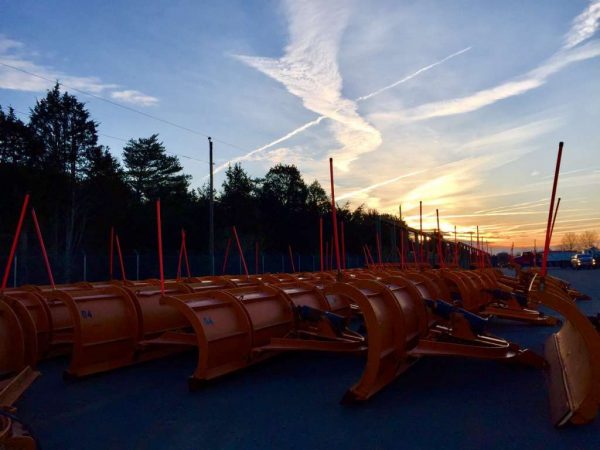 After a snowless winter, it looks like Reston will finally be hit.

Forecasters are predicting several inches of snow for the area, with an outside chance of a foot or more, beginning tonight and continuing into Tuesday.

The National Weather Service has placed an area including Reston under a winter storm warning that is scheduled to begin at 7 p.m. Monday and last through 2 p.m. Tuesday. According to the alert, their official predictions include the following:

* ACCUMULATIONS…Snow accumulation of 6 to 10 inches.

* TIMING…Snow will overspread the area Monday evening and
persist through Tuesday morning.

Simulated satellite of what's about to happen the next 2 days #noreaster #blizzard #Stella pic.twitter.com/PjFmiJ3KPQ

In preparation for the storm, the Virginia Department of Transportation began pre-treating roads Sunday. The department is encouraging drivers to adjust their schedules to be off roads before the evening rush hour Monday and overnight.

“This will help avoid being stuck on the roads when the storm begins, and to allow crews room to work more safely and efficiently,” VDOT said in a release.

In addition, VDOT asks that vehicles be parked in driveways, or that communities coordinate to all park on the same side of the road, to allow a larger path when plows begin to focus on neighborhood streets.

NEW: National Weather Service reduced their forecast from 6-8" to 4-6" in Washington, DC. We will release a new map following PM models! pic.twitter.com/h6Z1I20Mkn

Such a significant snowfall would also have an impact on public transportation.

Metro will suspend its MetroAccess paratransit services at 4 p.m. today, and they will remain out of service through Tuesday. In addition, Metrobus service changes are possible and will be announced based on weather conditions and forecast.

Fairfax Connector is reminding users that service may be reduced, modified or suspended, on a route-by-route basis or systemwide. Riders are encouraged to monitor schedules online or call customer service (703-339-7200) for updates.

Photo via Virginia Department of Transportation on Twitter (@VaDOTNOVA)