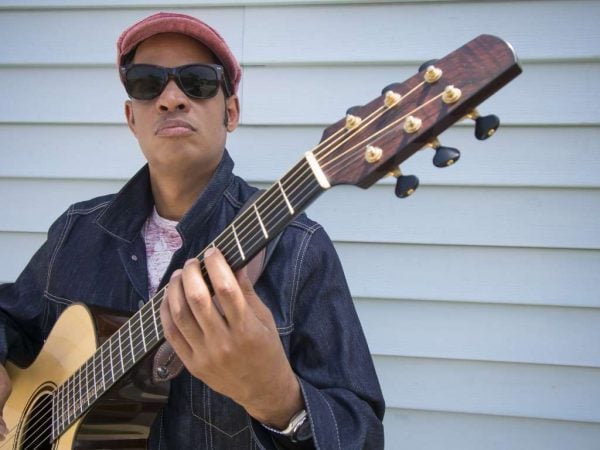 A new album from singer, songwriter and guitarist Raul Midón comes out Friday — and Reston residents have a chance to be among the first to hear the new tunes live.

According to a press release from Reston Community Center, the title track of the new album — “Bad Ass and Blind” — tells you what you need to know about him:

“His work is bold, dynamic and demonstrates his genius. The title track alone is a tour de force that finds Midón celebrating blindness with a ripping guitar solo and fierce spoken word rhyme. This and many more of his musical gems come with stories that Raul will break down for us.”

Midón, who was blind at birth, sang backup vocals for artists including Shakira, Julio Iglesias, Jennifer Lopez and Christina Aguilera before releasing his major-label solo debut, “State of Mind,” in 2005. He performed the title track from that album on both “The Late Show with David Letterman” and “The Tonight Show with Jay Leno.” (To see more of Midón’s performances, visit his YouTube channel.)

“We selected Raul Midón as our artist-in-residence this season because he brings a singular perspective and style to his music and a positive message of overcoming adversity,” said Paul Douglas Michnewicz, RCC’s arts and events director, in the press release. “Our goal is to give Reston students the opportunity to experience the work and background of a musical genius as well as the ability to see multiple points of view. Raul’s cultural frame of reference and his holistic response to his blindness help students connect and fosters respect for our differences.”

Tickets for the public performance at CenterStage are $15 for Reston residents and $20 for non-residents. They are available for purchase online and at CenterStage’s box office.