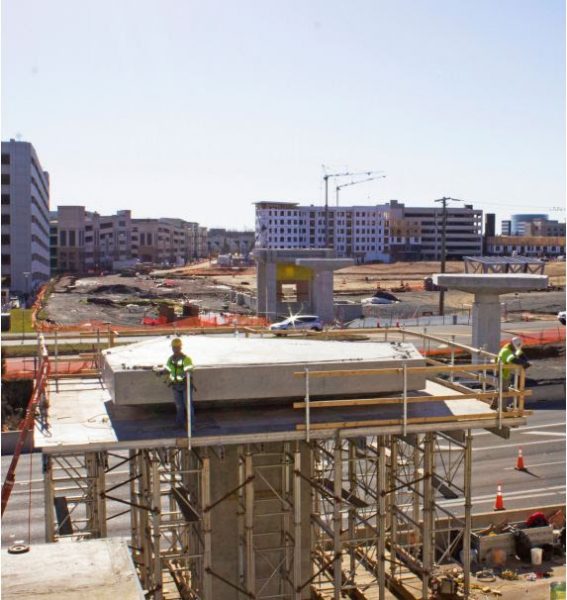 Phase 2 of construction on Metro’s Silver Line is more than 56 percent complete, according to information released today by the Dulles Corridor Metrorail Project.

The Metropolitan Washington Airports Authority is overseeing construction of the 11.4-mile Phase 2 extension of the Silver Line from Reston through Dulles Airport to Ashburn. Engineering and design work on the phase began in July 2013, and the project is expected to be complete by 2020. All told, the stretch will include six rail stations; nine entrance pavilions and pedestrian bridges; aerial guideways through Dulles Airport; and 89,000 feet of track. 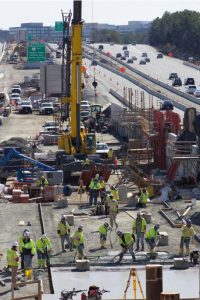 Station wall work is currently underway at the future Reston Town Center station, while structural steel installation for the vault roof has begun at the future Herndon station, also located in Reston. In addition, piers for pedestrian bridges are being put up. All needed pier caps have been poured, along with 76 percent of deck spans. Construction on the rail yard at Dulles Airport is 46 percent complete, according to project officials.

Phase 2 of the Silver Line was originally projected to be completed by late 2018; however, design modifications later pushed that date back.