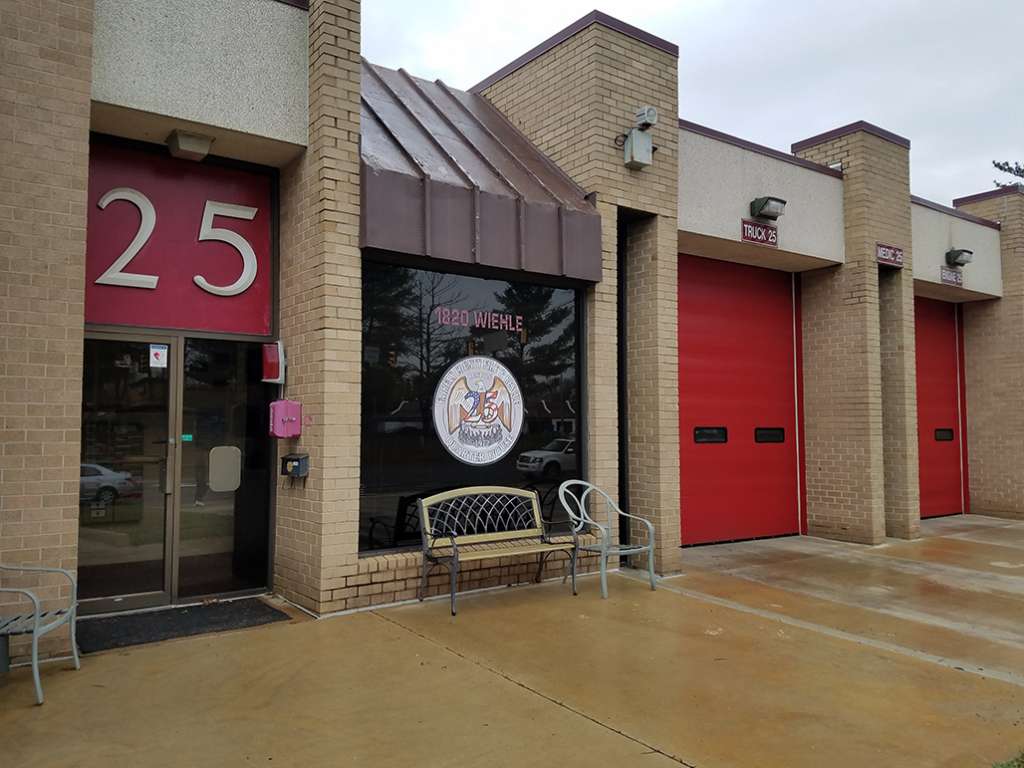 Reston Fire and Rescue Station 25 (1820 Wiehle Ave.) is in line to be replaced, and a county meeting Monday will allow residents to learn more about what’s ahead.

The temporary fire station is slated for 1800 Cameron Glen Drive, on approximately nine-tenths of an acre at the former Reston Hospital Center helipad site.

“This temporary site was used when the police station in Reston was renovated — they used it as a temporary parking lot,” said project manager Lisa Goddard, of the Fairfax County Department of Public Works and Environmental Services. “We can use it for our benefit while the permanent [fire] station is under construction.”

Goddard said the timing of the property being used as a temporary fire station will not interfere with the proposed Reston Town Center North expansion into the area.

Reston Fire and Rescue was one of five fire stations approved for replacement and/or renovation under the county’s 2015 Public Safety Bond Referendum. According to Goddard, work on the new facility is estimated to take place from spring 2019 through late 2020. It will be in the same location.

Construction of the temporary fire station is expected to begin next summer, Goddard said.

Goddard said the proposed temporary fire station will feature a modular building for the living quarters and office space, with a tent membrane over a steel structure for the apparatus bays. She said a full restoration of the temporary site, with removal of all improvements back to its original state of a grass lot, will take place after the fire company moves into its new permanent home.

No trees will be removed in the implementation of the temporary fire station, Goddard said.

The new fire station on Wiehle Avenue, according to the county’s Capital Improvement Plan, will cost about $13 million. It is needed due to “outdated infrastructure and critical operational space deficiencies.”

“The existing 2 1/2-bay station lacks sufficient space for existing equipment, operational support functions, adequate female living space and a workout facility to maintain physical fitness. Reston is one of the areas projected for high-density commercial and residential development as a result of the expansion of the Metrorail to Dulles Airport. A larger replacement fire station with multi-functional response capabilities will be constructed at the existing site to address the anticipated increased demand for emergency medical, fire suppression, and all hazards services.”

The community meeting on the proposal is scheduled for 7 p.m. Monday at the North County Governmental Center (1801 Cameron Glen Drive).