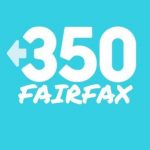 An effort to create a “global climate movement” is underway, and a pair of local residents are trying to drum up support.

350 Fairfax, a local offshoot of the 350 movement, will host an event next week in Reston to share information about the project and gather ideas about how they should focus their campaign. Helene Shore of Vienna, a co-founder of the group along with Reston resident Julie Kimmel, says their kickoff meeting is intended to grow the effort and gauge the issues concerned citizens want to attack.

“We’re hoping to meet once a month to work on different issues,” Shore said. Future meetings will be planned in other parts of the county, she said.

One of the group’s first organized efforts will be to participate in the People’s Climate Movement in D.C. on April 29. Shore said she attended the first such event in New York in 2014, in which more than 300,000 people participated.

“We’re hoping to get that many or more from across the nation to come down to D.C.,” she said.

According to the movement’s website, the name “350” comes from the acceptable amount of carbon dioxide parts per million in the atmosphere to mitigate climate change. The number is currently well above that, Shore said.

Beyond putting pressure on government to limit CO2 emissions and combat climate change, Shore said specific goals of the group will be up to the people who choose to join.

“We want to bring together people who are grassroots activists,” she said. “We are concerned about this generation and generations to come because of what’s happening.”

More Stories
In The Design Studio: The Short and Long History of the Kitchen, Part 1Monday Morning Notes