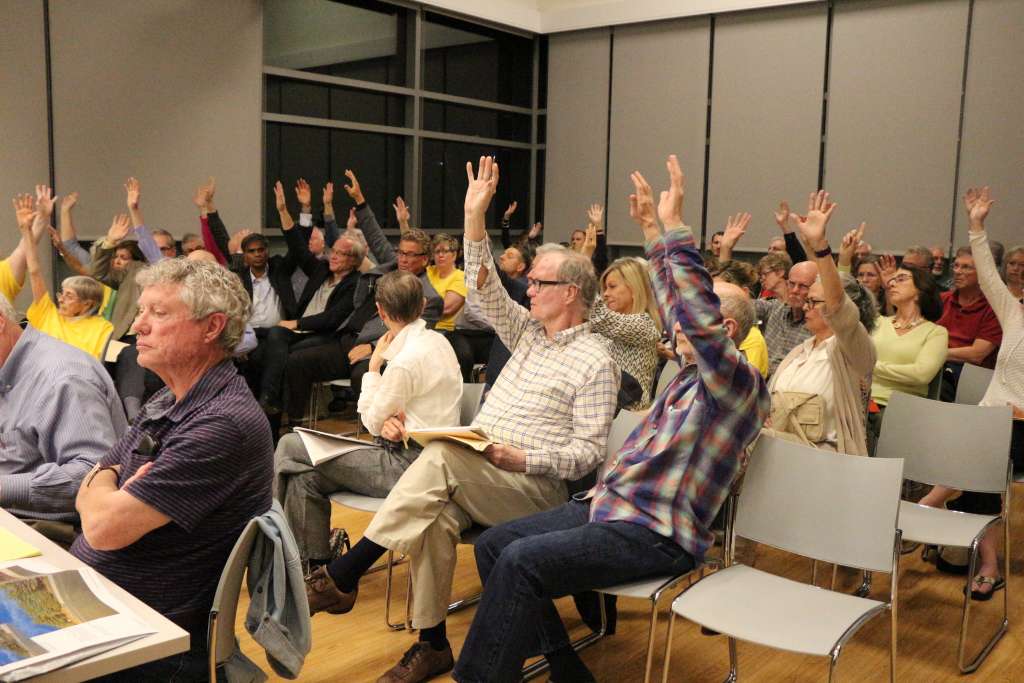 The dozens of residents in attendance at Monday’s Reston Planning & Zoning Committee meeting were asked to raise their hands if they oppose the county’s plan to increase density limits in the Reston Planned Residential Community District.

The response was practically unanimous.

After hearing — many for the second time, after a May 3 meeting — the Fairfax County Department of Planning & Zoning’s presentation, numerous attendees spoke up to share their concerns. One of the most repeated was a thought about the seemingly short timeline of the county’s plan to amend the zoning ordinance.

“The County and the community need to understand the implications for Reston of the zoning ordinance amendment and quite possibly amend it so that it is consistent with Reston’s vision and planning principles,” said Terry Maynard, co-chair of the Reston 20/20 committee and an outspoken opponent of the proposal. “This will take time, not the headlong rush the County and Board [of Supervisors] seem to be in to get this amendment passed with three public meetings in three weeks this month.”

The third public meeting on the DPZ’s proposal is slated for Wednesday, May 24, at 7 p.m. in the cafeteria at Lake Anne Elementary School (11510 North Shore Drive). The DPZ says it is hoping to bring the plan before the Board of Supervisors in July, followed by a Planning Commission public hearing in September and the Board public hearing in October.

The DPZ says the current limitation of 13 persons per acre in the Reston PRC “cannot support the amended Master Plan.” It is planning to recommend the Board of Supervisors change that limit to 16 persons per acre. It says that would allow for up to 18,737 more people in the long term, beyond the current cap.

Reston’s PRC District is currently at about 11.9 persons per acre. 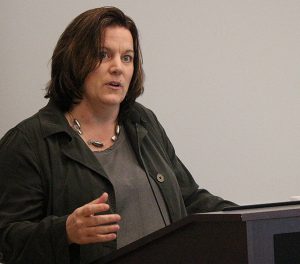 “A full buildout would not necessarily ever be reached, and if it even approaches that point, it wouldn’t do so quickly,” said Cathy Belgin of the county DPZ’s Zoning Administration Division, of the potential population growth. “But staff feels it is important, because the Master Plan takes a long look forward in time, that the regulations should be aligned accordingly for there to be the opportunity.”

The proposal also calls for allowing the Board be able to approve individual developments in excess of 50 dwelling units per acre in TSAs and when in accordance with Comprehensive Plan recommendations.

The PRC District does not include any of the TSA property surrounding the Wiehle-Reston East and Herndon Metro stations, nor does it include most of the property in the Reston Town Center Metro station TSA south of the Dulles Toll Road. This was pointed out by several individuals who spoke during the meeting, saying that this means the population and density estimates provided for the PRC District would in reality be much higher in Reston as a whole. 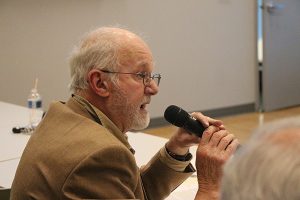 Ron Weber, a longtime member of the Reston Planning & Zoning Committee, was particularly vocal about his objection to the proposal, calling it a “terrible shame.”

“Zoning and planning have to mesh, and that doesn’t seem to happen in this county,” he said. “In the plan for Reston, originally, we gave up density for open space.”

Sridhar Ganesan, president of the Reston Citizens Association, said the proposal needs much more time and analysis before it is decided to be what is best for Reston.

“We’re not against development per se,” Ganesan said. “But anything we do must be consistent with Reston’s founding principles.”

More Stories
Global IT Consulting Firm to Bring 97 New Jobs to Area Through ExpansionReport: More Mixed-Use Development In the Works Near Wiehle-Reston East