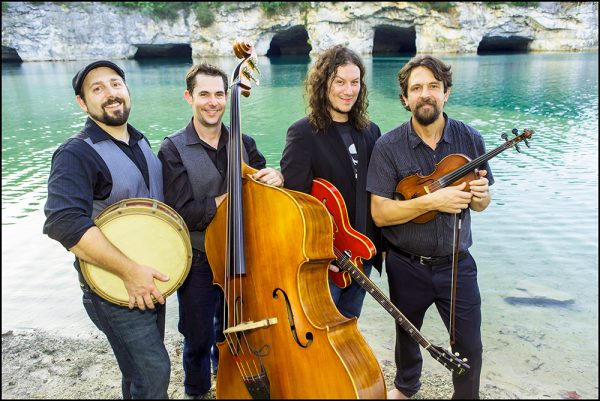 Six folk, bluegrass and blues bands are on the lineup for the first Lake Anne Roots Music Festival.

Scheduled for the afternoon of Saturday, July 8, the festival will be headlined by The Woodshedders, a local favorite who has played numerous festivals around the region. According to their Facebook page, they “bring together the diverse influences of American Country, Rhythm & Blues, Old-Time, Bluegrass and Gypsy Jazz.” 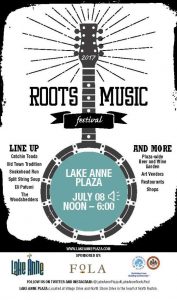 “I’ve seen them before at another festival,” Potts said. “They have a huge following.”

Potts said the festival is taking the place of the Ukulele Festival, which had been held at the plaza on the second Saturday of July for the past seven years. She said while that festival has been “awesome and great,” the plaza thought it could do even more this year.

“We got a lot of feedback from residents and people who have come to the festival saying it would be great if we could do a roots-style festival,” she said. “People have said they will travel to festivals to go listen to some of these bands. … Once we were able to secure [The Woodshedders], we were able to build from there.”

The free event is slated for noon to 6 p.m. July 8. In addition to the music, there will be a plaza-wide beer and wine garden, art vendors and more. The festival is sponsored by Lane Anne Merchants and the Reston Community Center.

Lake Anne also hosts a summer concert series, which began last night and will continue each Thursday through Sept. 14.