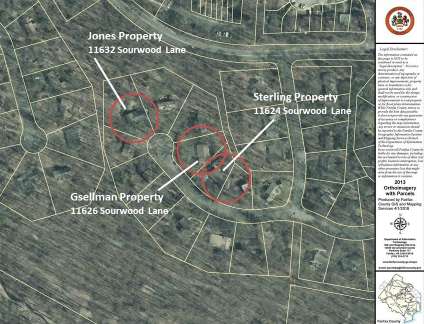 At its meeting Thursday (view agenda), the Reston Association Board of Directors will hold public hearings on a hunting request and a pipeline easement.

According to applicants Larry and Jan Gsellman, Rodney Jones, and James and Margo Sterling:

“During the first permit that ends in August 2017 a total of approximately 14 deer were removed from the two herds that had traveled our property. In spite of this we continue to see significant damage to plantings. The purpose of the renewal of the hunt is to continue reducing the deer population in and around our properties [to] a level that is sustainable.”

The applicants say they want to curb the spread of tick-borne Lyme disease and stop devastation of vegetation in the area. Suburban Whitetail Management of Northern Virginia would conduct the hunts, as it has in previous years.

A notification letter was sent out to residents in the area. Four responded with messages of approval, including one that said “deer sightings in the neighborhood have fallen off significantly [since 2014], and I feel sure the program has reduced the local risks of disease and potential traffic accidents.” Two responded negatively, including one who expressed fears about the danger of hunting to people, pets, structures and vehicles in the immediate area.

Any hunting would have to take place at least 50 yards from an occupied residence, with the exception of the requesting lot owners’ residences, and 50 yards away from any street, sidewalk, trail, pathway, bus stop, playground or other public place. 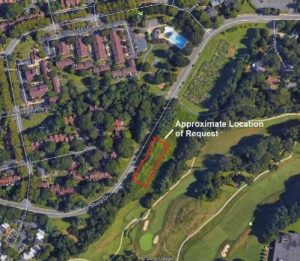 The other public hearing on the meeting’s agenda is a request from Williams/Transco Pipeline for an exclusive easement and right of way over a Reston Association common area. The area of interest is located off North Shore Drive, next to RA’s Golf Course Island plot. The discussion about this request began in the fall of 2016 and remains unresolved.

Williams/Transco currently has a 135-foot-wide easement to their pipelines, but they are requesting more easement so they can add additional equipment, such as valves. If this request is granted, Williams/Transco will have exclusive access to the allotted parcel of land.

During a board meeting on May 25, the Reston Association Board of Directors voted unanimously to continue negotiating with Williams/Transco and to hold a public hearing at their next meeting on June 22. A panel of the Design Review Board approved a site plan submitted by Williams/Transco, with the exception of a few enhancements which Williams/Transco agreed to change.