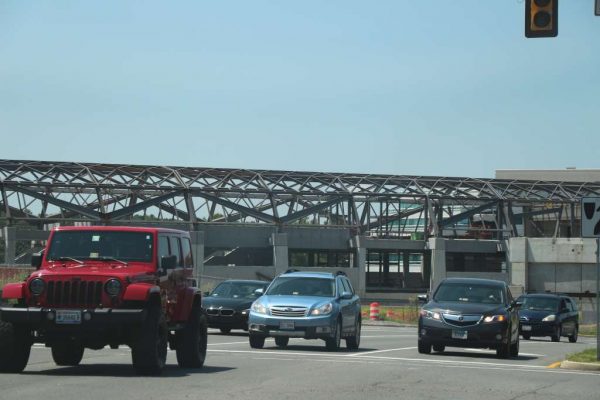 According to a quarterly update provided Wednesday to the Metropolitan Washington Airports Authority, construction of the Phase 2 of the Silver Line extension to Loudoun County has passed 60 percent completion.

Capital Rail Constructors reports that after nearly 4.4 million manhours of work, 61.12 percent of construction is done. They say the design process is 99.97 percent done.

The facility construction of the Reston Town Center station has continued with steel erection that started in May and will continue through August. Mechanical work projected to happen until fall 2018.

The Herndon Station will wrap up its metal decking by the end of August and start work on the roofing and skylights. The facility work of the station is estimated to be completed by this fall.

The MWAA is overseeing construction of the 11.4-mile project, which began in July 2013 and consists of six stations from the Reston Town Center station to the Ashburn station.

Despite the station construction steadily moving forward, the Silver Line extension will not be done for another three years. Construction on the cable trough is only 44 percent complete, and there are other track adjustments to make before everything is finalized.

WTOP reported earlier this week that the series of delays that pushed the opening back to 2020 will cost $95 million. The delays are being caused by a series of design changes, including safety-related work.