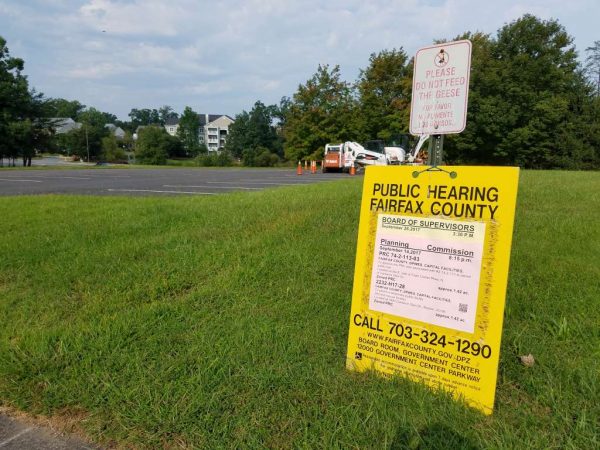 Plans for a temporary home for Reston Fire and Rescue Station 25 will go before the Fairfax County Planning Commission next week for a public hearing.

The permanent fire station, located at 1820 Wiehle Ave., will be replaced in the next few years. During the work, there will be no room on that site for fire operations to be based.

The temporary home for the fire company at 1800 Cameron Glen Drive will be a 7,680-square foot, one-story pre-manufactured modular building containing living quarters and office space, along with three apparatus bays. Construction is expected to begin next summer. 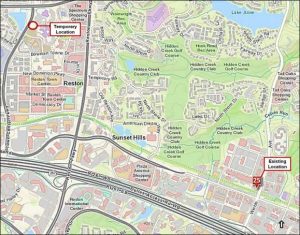 The site was used by Reston Hospital Center as a temporary helipad in 2013. Two years later, it was used as a temporary surface parking lot for the Reston District Police Station during construction of its new station.

Project manager Lisa Goddard, of the Fairfax County Department of Public Works and Environmental Services, previously told Reston Now that a full restoration of the temporary site, with removal of all improvements back to its original state of a grass lot, will take place once the fire company moves into its new permanent home on Wiehle Avenue. She said no trees will be removed in the implementation of the temporary fire station.

Reston Fire and Rescue was one of five fire stations approved for replacement and/or renovation under the county’s 2015 Public Safety Bond Referendum. The new fire station on Wiehle Avenue, according to the county’s Capital Improvement Plan, will cost about $13 million. It is needed due to “outdated infrastructure and critical operational space deficiencies.” The work on the new station is estimated to take place from spring 2019 through late 2020.

The Planning Commission hearing is scheduled to take place during the Thursday, Sept. 14 meeting, which begins at 8:15 p.m. at 12000 Government Center Parkway in Fairfax. The project is then slated to go before the Board of Supervisors for a public hearing at its Tuesday, Sept. 26 meeting at 3:30 p.m.