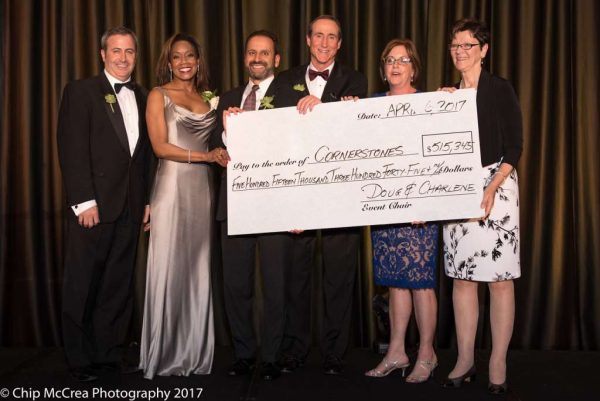 Nominations are now being accepted for the 2018 Cornerstones of Our Community: Best of Reston Awards, presented by Cornerstones and the Greater Reston Chamber of Commerce. Nomination forms are due by 5 p.m. Friday, Nov. 3.

According to information provided by Cornerstones:

Awardees will be selected for working selflessly without consideration of recognition to improve communities served by Cornerstones and the Greater Reston Chamber of Commerce. Nomination applications can be found at www.cornerstonesva.org/BOR. Finalist selections and notifications will be completed by early January 2018.

In 2018, finalists will not be broken into categories, as they have been in previous years. Rather, they will be recognized collectively as “Best of Reston Finalists.” According to Cornerstones, this will enable them “to consider the merits and diversity of community service, volunteerism and/or philanthropy, whether demonstrating an immediate impact or sustained over a period of time, without the restrictions of being defined by a category.”

The 2017 awards event raised more than $515,000 for Cornerstones, in support of the organization’s strategies of starting individuals on a pathway to sustainable living-wage employment, and to identify and address other barriers to move from surviving to living prosperous, healthy lives. Highlights from last year’s event are available at Cornerstones’ website.

The awards have been given out each year since 1992.

Anyone with questions about the nomination or selection process can contact to Likitta Crawley at [email protected] or by calling 571-323-9570.