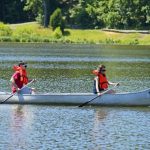 Edits made Oct. 31: A list of problem areas that was previously included in this article were addressed in the 2001 Master Plan Revision. Officials are currently looking to identify new potential issues and areas for improvement for another revision.

As the popularity of Reston’s Lake Fairfax Park grows, the county’s Park Authority invites citizens to a meeting this Wednesday, Nov. 1 to discuss planned changes and improvements to the park as part of its Master Plan Revision.

Lake Fairfax Park is home to a large number of recreational opportunities that attract visitors from not only within Reston and greater Fairfax County, but also throughout Northern Virginia. Some of those features include the 20-acre lake with fishing and boating rentals, the popular Water Mine Family Swimmin’ Hole water park, picnic areas, athletic fields, a skate park, a carousel, tent and RV camping grounds, walking trails and a playground. 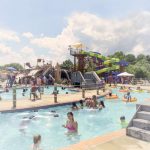 “unsuitable soils, excessive slope and vegetative cover.” The report indicates some of that vegetative cover could include Virginia pines, Chestnut and White Oak trees that could be as much as a hundred years old, not to mention the animals and insects that call the wooded areas home.

“All of these cover types provide housing, food and other resources needed by animals and insects. Some of the plants contributing to the habitat are unusual in their own right,” they said.

Not to mention, proximity to all of that green space spells out increased home values in the surrounding neighborhoods as well–as long as it is kept in check, that is.

“The majority of this section of forest remains contiguous, and therefore very valuable as habitat,” they said. “However, even a forest this large will suffer from entropy and will need energy input in the form of active human management. This management is necessary to prevent the incursion of invasive exotic plants or damage from insects like Gypsy moth.”

In addition, the documents indicate that a walking survey of the land back in 1979 revealed at least three Native American sites on which stone debris was found, which they believed to come from old stone tools–one of which was quite remarkable, they said.

“One site yielded a fragment of a projectile point that probably dates from 3,000 to 6,000 years ago,” they reported, adding that there is 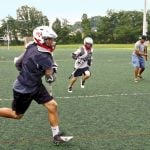 great likelihood that there could be more sites within the Lake Fairfax Park acreage.

Officials say they want to revisit the park’s Master Plan and discuss what residents would most like to see added to, changed or improved upon in respect to the overall park. 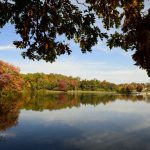 “The plan will address new conceptual development, describing what facilities should be developed based on a variety of factors, how they fit into the established plan, where they will be constructed and how these facilities will be operated in conjunction with other areas of the park and existing uses,” officials explained in related documents.

Residents are invited to a public information meeting this Wednesday at 7 p.m. at South Lakes High School, Lecture Hall 333, 11400 South Lakes Dr. in Reston, when background on the Master Plan Revision and the park itself will be presented before turning to a discussion and question-and-answer period between the audience and staff.

Those who are not able to attend but would like to offer feedback can do so by sending e-mail to [email protected] The public comment period officially ends on Friday, Dec. 1.