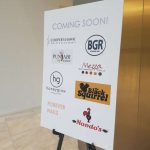 One of Reston’s newest restaurants will celebrate its grand opening this month by donating a portion of sales to music programs at two local high schools.

For its first Saturday in business, on Nov. 18th, representatives said 100 percent of sales on that day (minus sales tax and alcohol sales) will be donated to the music programs at both South Lakes High in Reston and nearby Herndon High School.

“This is all about being good neighbors, and Nando’s looks forward to becoming an integral part of the Reston community,” said Sepanta Bagherpour, Nando’s vice president of marketing. 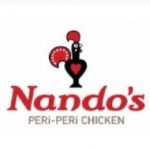 Representatives from South Lake High School say the school’s marching band is currently raising funds to help send students to Hawaii, where they have been invited to perform for the 2017 Pearl Harbor Memorial Day Parade next month. Herndon High is reportedly raising money to send their band to Normandy, France, where they have been invited to represent the United States in the 75th Commemoration of D-Day in 2019.

Though the two schools are traditionally rivals, Nando’s said students from the two bands are happily coming together to raise money through the fundraiser on Nov. 18.

“We are proud to support musical programs at two of the most impressive public high schools in Virginia,” Bagherour added.

Nando’s PERi PERi will be located at 12120 Sunset Hills Road.

END_OF_DOCUMENT_TOKEN_TO_BE_REPLACED

More Stories
Man Beaten, Robbed at Reston LaundromatThanks to Our Sponsors and Advertisers