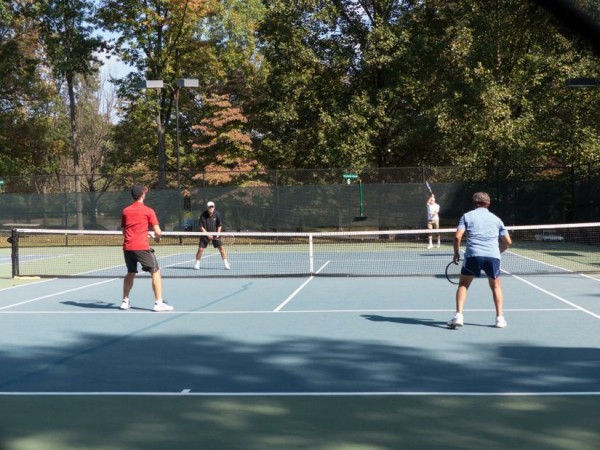 As Reston Association’s board of directors finalize the budget for next year, a proposal by a board member to shift nearly $550,000 from the upkeep of baseball, softball and soccer fields to tennis projects is drawing ire from some Restonians.

Mike Sanio, board secretary and at-large board member is seeking to move $551,780 in funds to help fund eight tennis capital projects, including $514,700 in currently proposed funding for baseball, softball and soccer fields. The remaining $37,080 would come from last year’s deferred dollars.

Sanio urged RA to reprogram funds to fully address “the historic shortage of money” to maintain RA’s tennis courts, noting that the program provided a nearly 74 percent recovery rate for operating costs this year. In an Oct. 30 email, he questioned why RA subsidizes programs that it does not operate, including $155,000 for backstops and fencing at Browns Chapel. The current $127,000 two-year capital budget for tennis largely covers color coating.

“Our core recreational responsibilities are to sufficiently fund swimming, tennis, pathways, playgrounds, multipurpose courts, and lakes. It is not to fund sports run by independent organizations that have their own sources of revenue,” he wrote.

Local community groups, including the Reston-Herndon Little League, plan to oppose the recommendation.

“We are very concerned over the potential motion to reprogram funds from baseball, softball and soccer entirely over to tennis. We strongly believe there is enough funds to make sure members of our community can play on safe playing surfaces no matter which activity they choose to partake in. While we have always advocated for baseball fields to be improved, we would never do so at the complete expense of another activity that so many children and members of our community enjoy. We are hopeful that the RA board feels the same way,” said Tim Jones, the league’s president.

The board will meet on Thursday at 6:30 p.m. to discuss the proposal, which is a fraction of RA’s overall capital and operating budgets. The board is also set to pass those budgets this Thursday.

The board will formally decide on a motion to review each of Sanio’s requests and provide a report to the board about the feasibility of funding prioritized projects to the board by February. Staff noted RA’s capital projects team has not yet reviewed projects suggested by Sanio.

Mike Leone, RA’s director of communications and community engagement, said the board aware of the community’s concerns and noted that final versions of the motions, the draft versions of which are available online, have not been finalized.

By a 3-2 vote in late October, the board approved up to $295,000 in improvements for North Hills tennis courts in response to concerns like limited lightning in the evenings and major cracks that run along the court. White and Bowman voted against the line item.

The board will meet at 6:30 p.m. Thursday at RA headquarters (12001 Sunrise Valley Drive). The meeting will also be streamed on Reston Association’s YouTube channel.