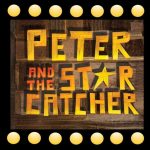 Reston Community Players will kick off the new year with a performance featuring the story of the world before the fabled adventure of Peter Pan and Captain Hook.

The group will present Rick Elice’s “Peter and the Starcatcher” from Jan. 19 through Feb. 3 at Reston Community Center’s CenterStage (2310 Colts Neck Road).

According to information provided by Reston Community Players about the show:

Before Wendy… Before the dreaded Captain Hook… Before a boy named Peter Pan… There is a tale you may not know about; an apprentice starcatcher named Molly, a pirate named Black Stache, and a nameless orphan. Thrown together in a perilous adventure, they are about to find themselves on a life-changing journey on the high seas.

Based on the novel by humorist Dave Barry and suspense writer Ridley Pearson, Peter and the Starcatcher is the swashbuckling, grownup prequel to the treasured story of Peter Pan. The winner of 5 Tony Awards in 2012, this magical and hilarious tale of fantasy will make your imagination take flight with clever wordplay, daring movement, and live music.

In its 51st season, Reston Community Players is a 501(c)(3) nonprofit organization that has been producing high quality theatrical productions since 1966. RCP is partially funded by grants from Fairfax County, in cooperation with the Arts Council of Fairfax County.