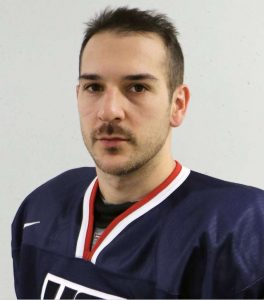 A player from Vienna who played in Reston is among the roster for Team USA’s Olympic hockey team, which will vie for gold in the 2018 PyeongChang Olympics.

Garrett Roe, a 29-year-old former member of the Reston Raiders, a local hockey club, was selected for the roster, which was unveiled on New Year’s Day. He plays as a forward for EV Zug in Switzerland. He played in seven seasons of professional hockey from the American Hockey League.

According to the Washington Post, Roe’s father, Larry, is the founder of the Club. In an interview with the Post, he said his son always had an “extra little sense for the game.”

Last year, the National Hockey League barred its players from playing in the games, which conflict with the league’s season schedule. The change opened up opportunities for players in less professional leagues to participate in the games.