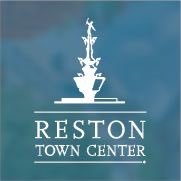 A representative from the public relations firm that is handling media inquiries was not immediately available comment.

Since Dec. 20, several stores have announced they will not be returning to Reston Town Center. Most recently, Neyla Mediterranean Bistro closed last week.

Two weeks ago, Appalachian Spring announced plans that it also plans to close its doors in Reston Town Center. The handcrafted gifts and handmade jewelry store opened up in the town center in 1990. Ann Taylor also announced the company will not renew its lease, which expired on Dec. 31.