Two suspects in ski masks repeatedly punched a male victim as he walked towards a business in the Dulles Park Shopping Center on Sunday, according to the Herndon Police Department’s weekly press report.

The victim said the suspects used a stun gun on him and stole a red Adidas backpack valued at $60. The suspects fled on foot and the victim was treated for minor injuries at a local hospital. 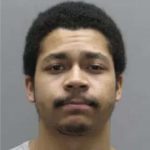 In a separate incident, Fairfax County police spotted two men attempting to open doors of several cars parked near the 1300 block of Murray Downs Way on Friday at 4 a.m.

One man fled from police, but David Crevontay Pugnitti Webb, a 20-year-old Reston resident, was caught. He was charged with vehicle trespass and obstruction of justice, police said.

FCPD also reported the following crimes over the past week:

11700 block of Briary Branch Court, camera and wallet from vehicle