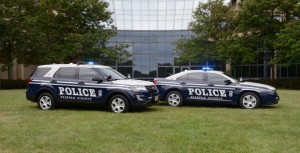 Local police responded to two robberies at gas stations on Monday. In both cases, the suspect was described as a black man wearing dark clothing, police said.

An armed man robbed the Shell gas station on 12219 Leesburg Pike around 10:20 p.m. No one was injured in the incident, according to the Fairfax County Police Department.

In a separate incident, an armed man robbed the Sunoco gas station at 1496 North Point Village Center around 11:05 p.m. The man displayed a handgun and took cash and other property from the business.

In another incident, local police continue to investigate the robbery of a Sunoco gas station in South Lakes. As we reported last week, An armed man robbed the gas station on 11190 South Lakes Drive last Tuesday.

Local police also arrested a juvenile for making an electronic threat against a police officer this month. The threat was made through social media on February 2, according to the police department. The department released no further information and a spokesperson was not immediately available for comment.

On Friday at around 10 p.m., a man armed with a gun demanded money from the cashier of a business on the 600 block of Elden Street.

He left with an undisclosed amount of money and several cigarette packs. The suspect is described as a white made of “average height and build.” He was wearing black clothing and a black ski mask, police said. The investigation is ongoing and police are investigating possible connections with other robberies being handled by the Loudoun County Sheriff’s Office and the Fairfax County Police Department.

In a separate incident on Sunday, two suspects approached a victim in the lobby of a restaurant on the 13000 block of Worldgate Drive. The suspects took him outside, assaulted him and grabbed his sneakers.

Police located the suspects and transported them to the Fairfax County Juvenile Detention Center, where they were held for robbery, abduction and malicious wounding.