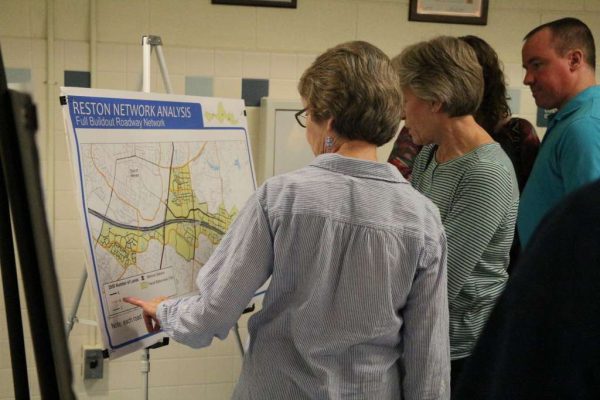 The Coalition for a Planned Reston, an umbrella organization for citizen groups like Reclaim Reston, is seeking additional community forums as the county considers a plan to increase Reston’s population density in certain areas from 13 to 16 people per acre.

The move comes as Fairfax County’s Department of Planning and Zoning issued a formal response on Thursday to requests made by Reston Association and CPR to change Reston’s master plan by curbing additional development and adding more language to manage infrastructure.

The group postponed a planned Monday meeting on the issue with Hunter Mill District Supervisor Cathy Hudgins, noting it would not be a “constructive use” of time. CPR also cited the county’s inadequate response to their concerns.

“Given the six-week delay in the county’s response and the significant community interest in the density issue, we believe the best way to address these issues of mutual concern will be for CPR to hold one or more community wide meetings to discuss with the public the County’s positions as represented by the March 28th letter,” the group wrote in a statement to Hudgins.

CPR plans to hold community forums on the county’s responses to requests for amendments this month. The group is also seeking to meet with county officials in early May.

“Madam Supervisor, the issues before us will directly affect every resident of Reston, current and future, for decades to come. We have confidence that you agree that it is imperative,” the group wrote.

On Thursday, a RA spokesperson said RA is analyzing the March 28 letter by the county but declined comment.