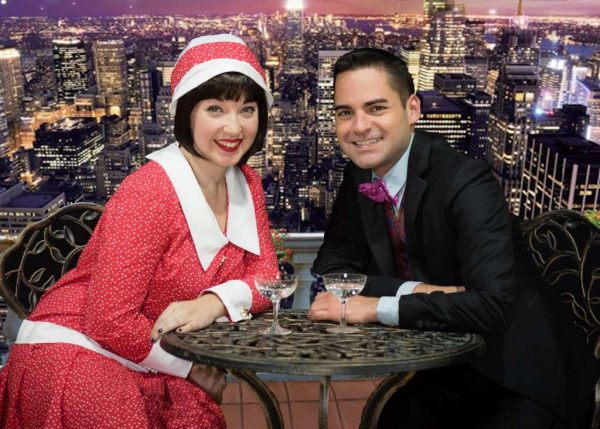 Dive into the height of the jazz age in New York City with “Thoroughly Modern Millie,” Reston Community Players’ next play.

The performance, based on the 1967 award-winning film, will run from April 20 through May 12 at Reston Community Center’s CenterStage.

Throughly Modern Millie follows the story of Millie Dillmount, a girl from Kansas, who comes to New York to work a secretary for a wealthy man and marry him. But things don’t go exactly as she planned.

The owner of the hotel where she is staying kidnaps young girls and she falls in love with a man who is not her wealthy boss.

“This is what I would describe as a ‘sing me, dance me, entertain me’ type of show,” says Duane Monahan, who serves as both director and choreographer for the production. “We hope to transport audiences to 1920’s New York City and immerse them in the story of Millie Dillmount and her search for love and adventure.”