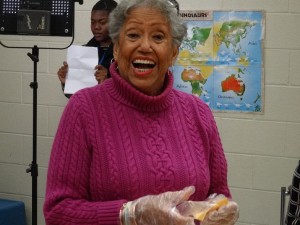 Graves, a Reston resident for more than 30 years, worked with many organizations and was well-known for her ability to spot talent, identify community needs, and find solutions to challenges she saw in Reston.

Local residents who knew Graves said she had a penchant for encouraging others to make contributions to the community.

“She was probably the friendliest person you’d meet. She had a big small and could talk to anybody,” said Ed Robichaud, who knew her for more than 20 years. “Small groups tend to be divisive at times or personality driven. That was just not Ellen. She was always one level about the fray.”

She served on RA’s Board of Directors beginning in 2013 and was elected to a three-year term as apartment owners’ representative in 2014. The next year, she was elected president by RA’s board.

Michael Sanio, who served with Graves on RA’s board, said he declined an offer to run against her when she sought the board president position.

“I said absolutely not. She had the time, willingness and leadership skills to do this. She made a real effort to work directly with all members of the board and make sure everyone had a voice in the community,” Sanio said.

In 2004, Graves was named a recipient of the Best of Reston awards.

Professionally, Graves worked at IBM and was executive director of the National Association of Negro Business and Professional Women, Inc.. She was formerly Chief of Staff for Hunter Mill District Supervisor Cathy Hudgins.

“She was a very dear friend to me and many, many others. She’s touched countless in the community,” Sanio said.

Graves served on other boards like the Fairfax County Social Services Board, Friendly Instant Sympathetic Help and the Private Industry Council.

“She had the biggest rolodex in town,” Robichaud said. “If you needed someone to pick up trash on South Lakes Drive, she could come up with a name in ten seconds.”

Graves is survived by two children. Funeral arrangements have not yet been made public.