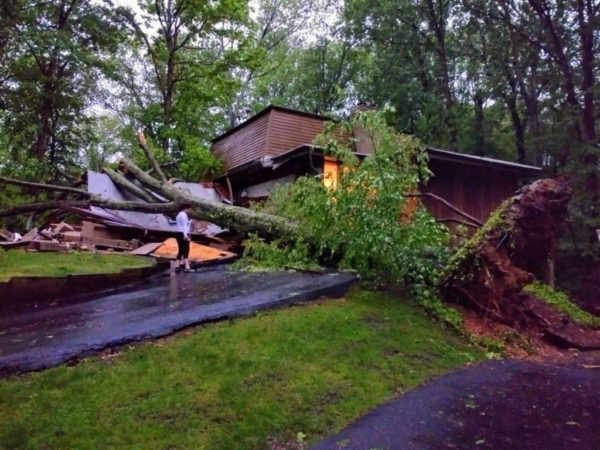 A number of roads remain closed after Monday night’s thunderstorm swept through the area.

According to the Fairfax County Police Department, the following roads are impacted:

A flash flood watch remains in effect for Fairfax County from 3 p.m. today through Wednesday at 1 a.m.

A couple of rounds of thunderstorms are expected through push through northern Virginia and parts of northern Maryland in the evening.

Here’s more from the weather alert:

A  front will sag across the region this afternoon into this
evening. A couple rounds of thunderstorms are expected to
accompany the front and should move across the Mason-Dixon
region late afternoon. These thunderstorms should push farther
south and east into eastern West Virginia, northern Virginia
and portions of northern Maryland during the evening. Heavy
rainfall and lightning will be the main threats with the
potential of encountering damaging winds and hail in the
strongest thunderstorms. Rainfall amounts could average 1 to 3
inches later this afternoon and this evening. Flash flooding
is possible, especially in slow-moving thunderstorms.