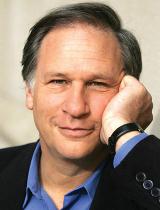 During the show, “Saddam Hussein’s Secret Octopus and Other Stories,” Krulwich will play TV and radio stories based on different subjects ranging from an octopus and Saddam Hussein to a bird that invents an anti-gravity device. The performance will begin at 8 p.m.

“Krulwich exemplifies compelling storytelling for TV and radio. He is a master weaver of tales who can transform complicated scientific curiosities into fascinating illustrations of discovery that delight, amuse and enlighten his audiences,” wrote RCC’s arts and events director Paul Douglas Michnewicz in a statement.

Krulwich’s show is the final professional touring artist performance of the season.

Tickets are $20 for Restonians and $30 for all others.