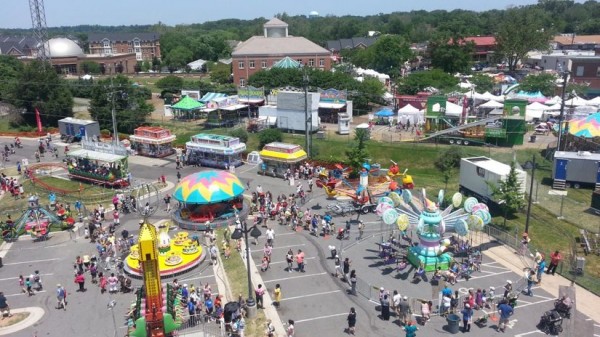 Due to a 2017 agreement with Comstock, the property that housed the festival carnival will be under construction beginning late 2018 or early 2019. As a result of limited space, an alternative site was found. Other areas of downtown Herndon are expected to also undergo construction.

It is unclear if the festival will ever return to the downtown area.

“Once the redevelopment project is complete, town staff will assess what new events or activities will be appropriate and attractive to the community. The Herndon Festival, as we know it today, likely will not return to the downtown area, due to the loss of the open space to host the carnival and considerable number of vendor, sponsor and volunteer booths required,” according to a statement by town officials.

Sans the charm of downtown buildings as a backdrop and grassy spaces for concert seating, county officials expect next year’s festival will feature different programming that will keep the event “fresh and interesting” for the audience.

“Without a carnival the event would have to be curtailed in enough ways that it would not resemble what we now know as the Herndon Festival,” according to town officials.