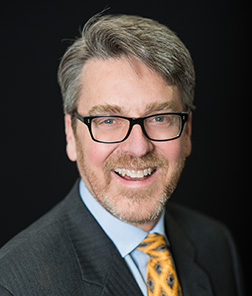 Reston Association’s Board of Directors elected Andy Sigle to the position of board president Thursday night.

Over the next year, Sigle said he hopes to ensure a new CEO and CFO are hired promptly, fine-tune RA’s biannual budget, facilitate the passage of policies regarding ethics and conflicts of interest, and work with the community to ensure land use changes, particularly in the Planned Residential Community district, are implemented in a thoughtful and strategic manner.

Sigle was elected to the board earlier this year and previously served on the board between 2011 and 2014. David Bobzien, the former board president, resigned last month due to a leukemia diagnosis.

In opening remarks, Sigle also said he is committed to enhancing communication between RA staff and the board. He also hopes to ensure information is readily available so the board can make informed decisions.

Sridhar Ganesan, the board’s interim president, failed to gain enough votes to maintain the position. Board members cast private ballots and the number of votes garnered by each candidate was not made public at the meeting.

The vote follows a spirited debate during last month’s board meeting when board members failed to make a decision on the next board president. In his opening remarks, Ganesan also noted that transformational change was required to bring about a more “harmonious” tone to board meetings whilst preserving opportunities for vigorous debate.