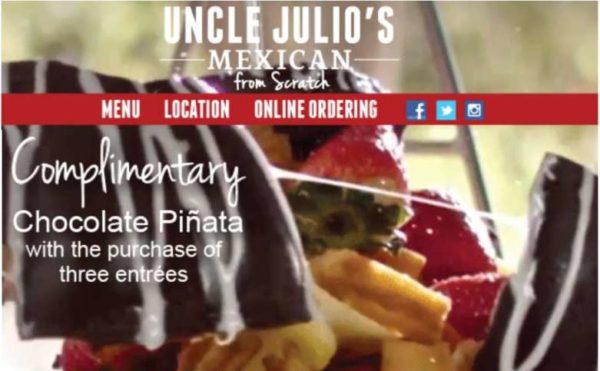 Each Monday, Tim’s Reston sets the table with deals and events for the work week ahead in Reston. On Friday, we’ll catch up with Tim again with the upcoming weekend’s deals and events.

Deal of the Week: Get a complimentary Chocolate Piñata with the purchase of 3 entrees @ Uncle Julio’s.