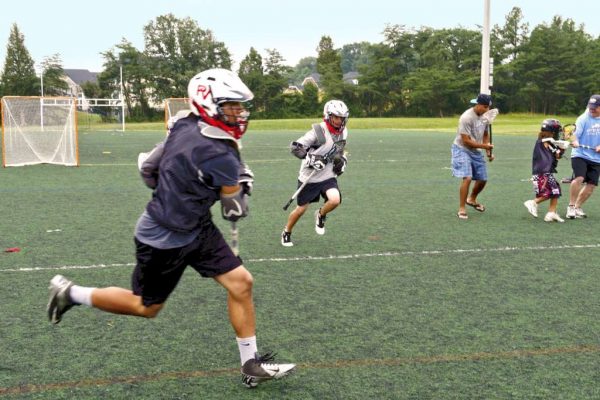 During the meeting, the 10-member panel, which included representatives from Reston Association, the Coalition for a Planned Reston and three county officials, discussed how the county plans to ensure future development in and around Reston’s future urban core will incorporate athletic fields and open, community spaces.

While citizen members lauded the county’s efforts to work with developers, some noted that county plans lacked specific assurances on how and when broad commitments would come to reality.

The meeting is the second in a series of work sessions on topics of concern raised by local residents and community organizations as the county mulls a plan to increase Reston’s population density in its Planned Residential Community district planned from 13 to 16 people per acre.

However, they remained mum about the location of future athletic fields, noting that negotiations with developers are ongoing and that, once property owners learn a land is being considered for an athletic field, the property’s price is often hiked considerably.

Asked by a member to point to possible locations for fields, Fred Selden, the director of the county’s planning and zoning department, said, “Right now, we can’t.”

In Reston, one athletic field is required for each Transit Station Area and nine are required outside the TSA areas. Upgrades to existing fields may also be considered. Thus far, the developers have committed $10.3 million to go toward athletic fields in the greater Reston area.

So far, funds have remained untouched.

Others called on county officials to aggressively push developers of major mixed-use proposals — like the 36-acre Reston Crescent project — to identify specific plans for athletic fields.

“Those are the examples where the community feels we were being passed by in some way, shape or form,” said Larry Butler, RA’s Acting CEO.

Dennis Hays, president of the Reston Citizens Association, said he was concerned no immediate plans were on the table.

“Everything that we keep talking about is down the road,” Hays, who led the meeting, said.

Andrea Dorlester, manager of the county’s park planning branch, said the county has been aggressive in pushing developers to identify plans for nearly two years. When working with Brookfield, the developer of the Reston Crescent, county staff said they rejected a proposal by the developer to include a small athletic field suitable for children up to the age of eight.

Now, the plan, which is barreling towards final approval later this month, includes a proposal for the developer to purchase seven acres outside the property and convey it to the Fairfax County Park Authority.

As additional development waits in the pipeline, others worry that challenge may already be difficult to overcome. One question, they say, hovers: As land becomes limited in the area, where will the future athletic fields go?