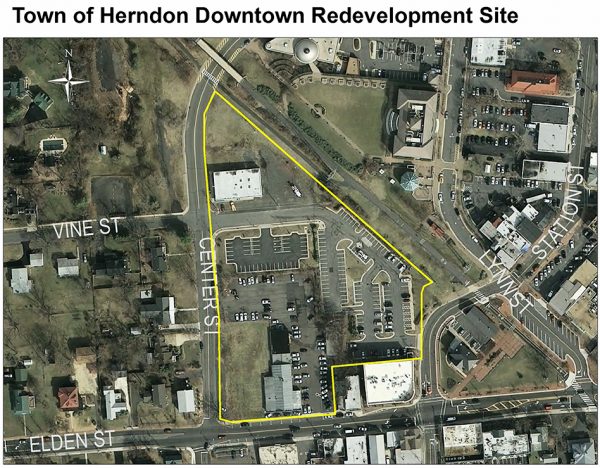 The appellants are challenging the June 18 decision of the Heritage Preservation Review Board to approve the redevelopment plan, which is presented through a public-private partnership between the developer, Comstock, and the town, which owns the property.

The appeals allege the HPRB approved the project prematurely and failed to apply the town’s requirements for historical preservation, including whether or not the proposed development, which would require demolition of some buildings, was compatible with buildings in the heritage preservation district. Of particular concern is the demolition of the old Stohlman Subaru building on Elden Street, the preservations status and significance of which was misrepresented to the public and the board, according to the appeals.

One appeal charges that the town exercised “undue influence” on the HPRB and attempted to limit its power by clarifying town officials’ expectations of how the board would handle the redevelopment proposal. The appeal also states the town officials’ presentation of the application to the HPRB was biased.

Discussions are underway between town officials and the developer to determine the next steps. “We continue to work with the town and trust that things will stay on track,” a spokesperson for Comstock told Reston Now.

In a statement, Lisa Merkel, the mayor of the Town of Herndon, said she was disappointed the project was being stalled despite years of planning, outreach and public comment, especially since the demolition of the old Stohlman Subaru building was evident in proposals since the original request for proposals.

“I hope this delay doesn’t cost Herndonians the opportunity to have the vibrant, arts-focused, smalltown downtown so many have dreamed of and worked to make happen for decades. I am hopeful, but worried,” Merkel wrote.

Going forward, the town’s zoning administrator must schedule a hearing at the next town council meeting. During the meeting, appellants will discuss their appeals before the council. The town council will decide whether or not it will reverse the HPRB’s decision on the development.

The filed appeals are below:

Heritage Preservation Review Board Appeals by Fatimah Waseem on Scribd