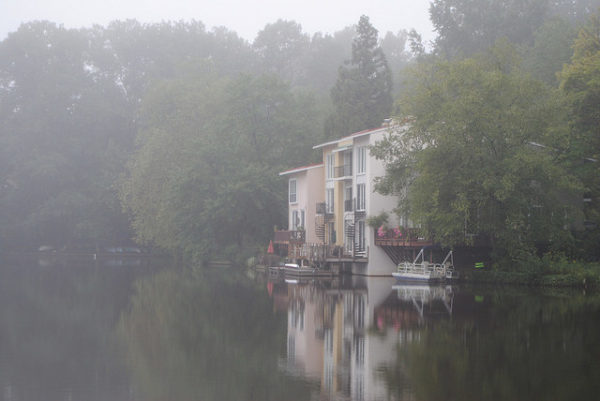 Community remembers Ellen Moyer — Moyer, a lifelong Reston resident, a prominent community member, a graduate of South Lakes High School and a local agent, passed away suddenly while celebrating Rosh Hashanah with her family. [Around Reston]

The end is near — Amazon CEO Jeff Bezos announced that the location of the company’s second headquarters would be revealed by the end of the year. [The Hill]

Family splash tonight at Reston Community Center — Take a dip in the pool and enjoy a night of family fun at the Terry L. Smith Aquatics Center. The entry fee is $13 for Reston residents and $26 for all others. Groups of six or more must pre-register by calling 703-390-6150. [Reston Community Center]

Not out of the woods yet — Although forecast models show Hurricane Florence may not bring excessive rain to the area, county officials urge residents to continue monitoring the storm, which could dump rain in the area over the weekend and early into the week. [Fairfax County Government]

Nearby: A local police officer’s suicide — In order to spread awareness about postpartum depression disorders and suicide,  the local police department shared a story about late Detective Shelane Gaydos, a mom of four who killed herself in late 2015. [Fairfax County Police Department]