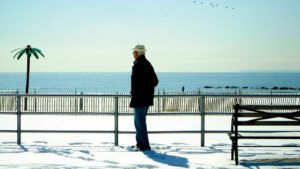 The Northern Virginia Jewish Film Festival is coming to the Angelika Film Center and Cafe in Fairfax on October 18 through 28. Reston Community Center will hold a preview ahead of the festival with a screening of the documentary “Norman Lear: Just Another Version of You” tomorrow at 7:30 p.m. at the CenterStage.

The documentary explores the legacy of lear’s 1970s TV sitcoms. Lear created and produced sitcoms, including All in the Family, The Jeffersons, and Maude. His shows explored social and political issues ranging from the Vietnam War, racial prejudice, sexism, and homophobia.

The 18th annual Northern Virginia Film Festival is presented by the Jewish Community Center of Northern Virginia. More than 12 films will be screened during the festival that explores Jewish life, culture, and identity.

The preview screening in Reston is free and open to all ages.