Beginning on Monday (Oct. 29), crews will install a precast stair tower at the southwest corner of the Herndon-Monroe bus loop. The southwest portion of the loop will be closed to traffic between 10 a.m. and 3 p.m. during the weekdays.

All service and bus stop locations before 10 a.m. and after 3 p.m. will not be affected by the closure.

The installation of the tower is expected to be complete by December. Passengers should expect delays and BusTrack arrival times will likely be affected, according to an announcement by the Fairfax County Department of Transportation.

Updated stop locations can be found below: 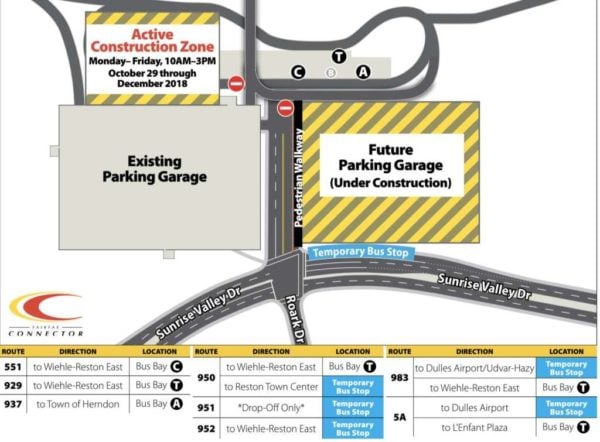