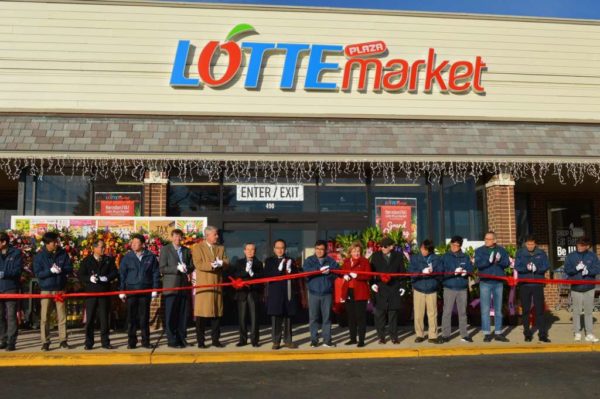 The shopping plaza is also home to MOM’s Organic Market. Sprouts Farmers Market grocery store is expected to take over part of the former Kmart space.

Lotte Plaza Market describes itself as “the premier source for Asian groceries in Maryland and Virginia.” It has seven locations in Maryland, five in Virginia and one “coming soon” to Orlando, Fla. — with plans to open 50 locations by 2020, according to its site.