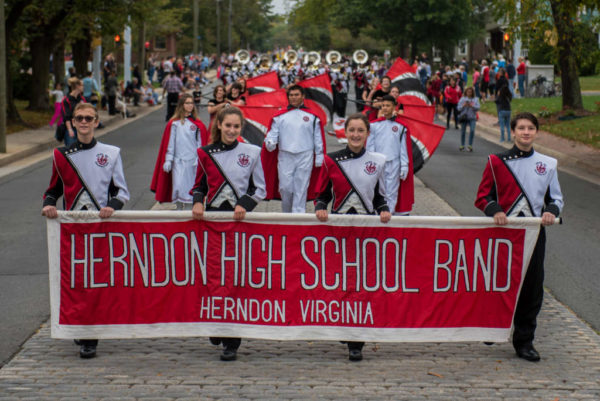 Diners can help support the Herndon High School Marching Band every Tuesday this month at Not Your Average Joe’s in Reston and every Sunday at Stone’s Cove KitBar in Herndon.

The marching band, called the Pride of Herndon, is fundraising for its trip to Normandy, France in June, where the band will represent the U.S. at the 75th anniversary of D-Day.

The band has several fundraising efforts underway to help cover the costs for the trip.

Not Your Average Joe’s at 1845 Fountain Drive will donate 15 percent of sales from 11 a.m. to 10 p.m. on Tuesdays in December to the band. Customers need to mention or show the flyer for seated and take-out orders.

Diners at Stone’s Cove KitBar (2403 Centreville Road) from 10 a.m. to 9 p.m. on Sundays will be given a card where they can select the band from a list of charities. Then, 10 percent of that guest’s check will get donated.

The Pride will honor WWII servicemen and women, veterans and active duty military and their families.

“As they march, the Pride will also be paying a special tribute to the brave men of the USS Herndon, the destroyer that led the Allied naval armada in the assault on France and the named for Commander William Lewis Herndon, after whom the Town of Herndon, Va. is also named,” the flyer says.