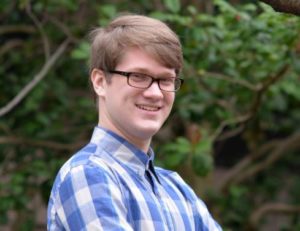 Messick, a Democrat, announced his campaign on Sunday (Dec. 16).

Messick told Reston Now that he wants to stop big development in Reston and Vienna, which “is on track to make Reston look more like Tysons or Arlington.”

“Reston was always meant to be a planned mixed-use community per the vision of Robert E. Simon, Reston’s founder,” Messick wrote in an email. “Despite this vision, developers have desired to build endless new high rises, with even more on the way, if they are allowed to continue.”

He added that while Reston was meant to have some big development, it “was always meant to be relegated to the Reston Town Center.”

Controversial paid parking is another top priority for him. Messick said he would negotiate with Boston Properties, the owners of Reston Town Center, to end the paid parking there.

“I agree with Boston Properties that people should not be able to use their parking for free simply as a way to avoid metro parking, but the approach that has been taken has caused many people to avoid RTC altogether and has harshly hurt the businesses located there,” he said.

Other major issues he wants to address include:

He is a recent graduate of Roanoke College, where he studied political science. His website says he has a “background in the facilitation of political campaigns” and “experience engaging with the local community through volunteering and being receptive to the community’s voices.”

The Fairfax County Board of Supervisors will include a few new faces in 2020, with the recent announcement of Chairman Sharon Bulova’s upcoming retirement adding to the list of the supervisors leaving.

The election for the county’s Board of Supervisors will take place on Nov. 5, 2019.

Photo via Parker Messick for Supervisor