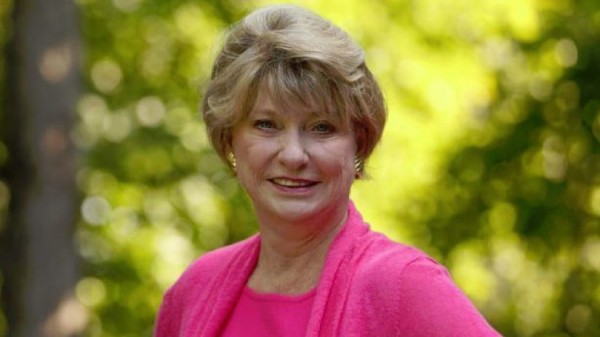 State Sen. Janet Howell (D-32nd) is set to debut in October a book about women leaders that she wrote with her daughter-in-law. 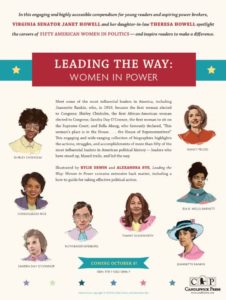 Candlewick Press announced yesterday (Jan. 7) that Howell and her daughter-in-law, author Theresa Howell, penned a book to share the stories of more than 50 female leaders, ranging from Elizabeth Cady Stanton to Condoleezza Rice.

“Leading the Way: Women in Power” will include brief biographies of the women, how-tos for young activists, a timeline, index, and glossary, according to the independent publisher based in Somerville, Mass.

“I wish I’d had a book like this when I was a kid,” Janet Howell, who has been serving in the Virginia State Senate since 1992, said in the publisher’s press release.

Candlewick Press provided this description of the book:

Meet some of the most influential leaders in America, including Jeannette Rankin, who, in 1916, became the first woman elected to Congress; Shirley Chisholm, the first African-American woman elected to Congress; and Bella Abzug, who famously declared, “This woman’s place is in the House . . . the House of Representatives!” This engaging and wide-ranging collection of biographies highlights the actions, struggles and accomplishments of more than fifty of the most influential leaders in American political history — leaders who have stood up, blazed trails and led the way.

The book follows the record number of women who ran for and won elected offices in 2018 and will debut before the 2020 presidential primaries, the press release said.

“We at Candlewick could not be more proud to be publishing this timely and inspirational book,” Karen Lotz, the president and publisher of Candlewick Press, said, adding that “Leading the Way: Women in Power” has already garnered praise from Sen. Tim Kaine (D-Va.) and Janet Napolitano, the former governor of Arizona and Secretary of Homeland Security.

Napolitano said that she wants the book to inspire young readers to become future leaders. “The women profiled here were once girls who not only dreamed big — they went big,” she said.

The book will also feature portraits and lettering design by illustrators Kylie Erwin and Alexandra Bye. The book’s visuals aim for an “accessible, inviting look ideal for the project’s mission to inspire middle-graders, young adults, and even adults to create change in their own communities,” according to the press release.

Recommended for ages 10 and up, the book is set to hit stores’ shelves on Oct. 8.