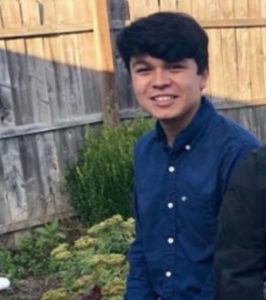 A GoFundMe page is raising funds for the family of the South Lakes High School student Marvin Daniel Cruz Serrano, who was struck and killed by a car nearly two weeks ago.

The campaign, which was created on Jan. 5 and activated today (Jan. 10), aims to help Serrano’s family and friends cover funeral costs and any other expenses.

People can also send donations to the Biblica Bautista Emanuel Church at 21770 Beaumeade Circle in Ashburn, Va., which will also disperse all of the funds raised to Serrano’s family.

The GoFundMe page says the following:

Friends and family of Daniel Serrano suffered a heart breaking loss on December 29 when Daniel was killed by a hit and run driver as he was attempting to cross South Lakes Drive in Reston, Virginia. Daniel had just exited the bus he was taking to return home after his work shift at a restaurant. Daniel was 16 years-old and attended South Lakes High School. He is remembered as a kind, generous and loving young man who will be greatly missed by his family and friends. Many have asked where to donate to help with funeral and other expenses. Donations can be made here or to Biblica Bautista Emanuel Church, 21770 Beaumeade Circle, Ashburn, VA 20147. The church will disperse all funds raised.

The day after Serrano was killed by a driver while crossing South Lakes Drive, family and friends gathered at the spot for a vigil.

Fairfax County Police are still looking for the driver, who fled the scene, and are asking anyone with information to contact the Crash Reconstruction Unit witness phone line at 703-280-0543 or to submit a tip anonymously through Crime Solvers.

Detectives believe the sedan involved “may possibly be gray or silver, and it likely has significant front end damage.”