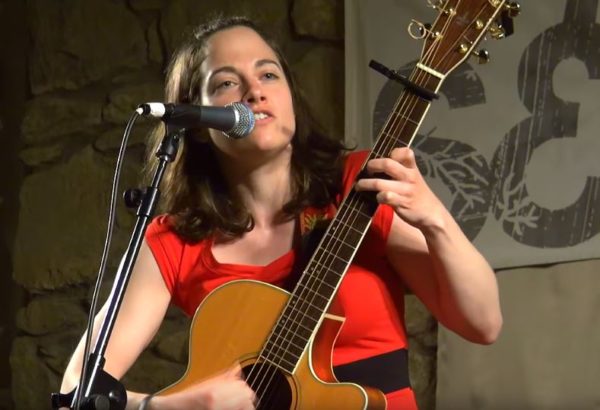 Toronto-based singer-songwriter Shawna Caspi is coming to Herndon for a performance next Tuesday.

Caspi is set to perform on Jan. 15 as a part of The Folk Club of Reston/Herndon, a volunteer organization that meets on Tuesday evenings at 7:15 p.m. at Amphora’s Diner Deluxe (1151 Elden Street).

Classically trained, Caspi shifted to folk singing, which she pairs with a fingerpicking guitar style.

In September 2017, she released her fourth album, “Forest Fire,” which delves into “burning things down and building them up again” with bluegrass instrumentation.

Her song “Not So Silent” from her 2014 album “Apartments for Lovers” was selected for the Silver Award in the folk acoustic category of the Mid-Atlantic Song Contest presented by the Songwriters’ Association of Washington, she wrote on her website on Tuesday (Jan 8).

Her travels as a musician inspired Caspi to paint. “Shawna loves the landscapes of her travels, and while weaving them into her songs, she has also been portraying them on canvases, painting one-of-a-kind works of art inspired by the rich scenery she sees on tour,” according to her bio. So far, she has sold more than 100 original paintings.

The upcoming Herndon show has a suggested donation of $10 for members of the Folk Club and $11 for nonmembers.