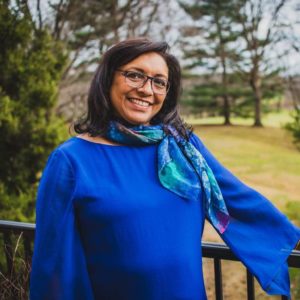 Hauth is focused on construction practices, budgets, security and education systems, according to her website. She wants to tackle transportation issues and affordable housing with SMART housing solutions.

“Our local government is where the rubber meets the road,” Hauth said in the press release. “This is where we make change that affects each of us on a daily basis. I want Fairfax County, and specifically the Hunter Mill District, to be the leading edge of a progressive vision of community.”

Other major issues she wants to address include:

She lives in Reston with her husband, who is also an Air Force veteran. Two of their four children attended Fairfax County public schools, according to her bio.

She has worked with Rescue Reston to preserve the Reston National Golf Course from development. She founded her own group called Hear Our Voice-Reston (HOV-R) where she led 70 people who worked to elect progressive candidates in Virginia in 2017. The group then joined up with Herndon Reston Indivisible, her bio says.

She also works with the Human Rights Campaign and Equality Virginia as an advocate for the LGBTQ+ community. The Hunter Mill District Democratic Committee awarded her the Ed Herlihy Activist Award for 2018.

Currently, she chairs the Fairfax County Democratic Committee’s Veterans and Military Families Committee, according to her LinkedIn profile. She is also an independent business owner of Mahari Yoga, a veteran-owned business that offers yoga therapy in Northern Virginia, and self-employed as a Celtic harp instructor, professional speaker, according to LinkedIn.

She studied psychology and management at Saint Leo University in Florida. After receiving her Masters of Science in human resource management from Troy State University in Alabama, she joined the Air Force.

Another Democrat, Parker Messick, announced his campaign for the seat in December. Messick is running on a platform to “stop big development.”

Hudgins, who is nearing the end of her fifth term, was first elected to the board in 1999. The election for the county’s Board of Supervisors will take place on Nov. 5.

Photo via Shyamali Hauth for Board of Supervisors/Facebook