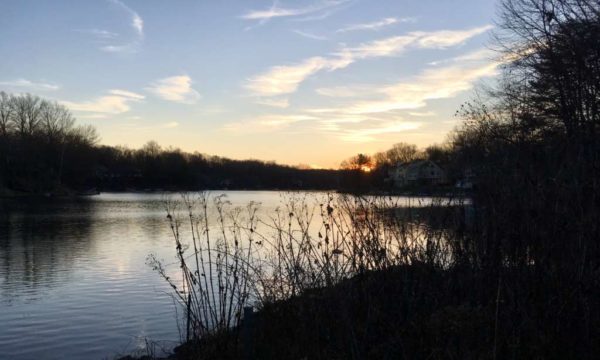 Lake Audubon’s dredging project is slated to start as soon as Feb. 1.

The Reston Association announced today (Jan. 18) that it plans to hire Lake Services, Inc. to dredge the accumulated sediment from the lake’s main coves. Dredging could begin as early as Feb. 1 with expected completion by the end of April.

The announcement came five months after residents were warned to avoid the lake after a harmful algae bloom was spotted. The bloom, called Microcystis, can produce toxins that are lethal for livestock, fish and people. Some of the toxins have been linked to liver cancer.

“Routine dredging is part of the association’s lakes maintenance program, which helps to extend the life of the lake,” the press release say. “As lakes age, they eventually fill in through sedimentation.” 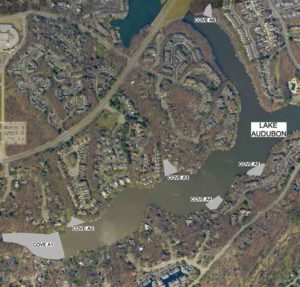 Sedimentation occurs when materials such as soil from stream erosion, construction sites, road sand, leaves or other debris accumulate in the lake.

RA anticipates that the dredging will require removing 13,500 cubic yards of material, which will be placed in trucks and hauled to a disposal site in Loudoun County.

While the dredging is underway, locals can expect truck traffic to affect the Lake Audubon Pool’s parking lot, according to the press release.

The dredging operation staging area will be located at the Lake Audubon boat ramp. Dredging will not occur at the shoreline edge or within 5 feet of any dock structure, according to the press release.

Before dredging can begin, RA’s Board of Directors will need to approve the project contract with Lake Services, which is anticipated at the upcoming meeting next Thursday (Jan. 24).